Resurrected From The Past 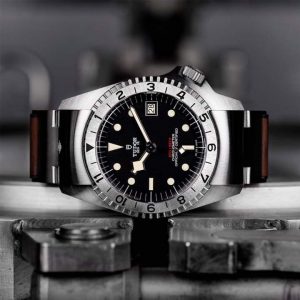 Sometimes when a decision is made to bring something back; like a film, a car, or a piece of fashion, it just doesn’t work. With great hype we expect it to be even better than the original, then reality sets in. That new car looks like it belongs permanently locked up in a garage and transported to a remote island where no one will know you ever purchased it.

Tudor’s outstanding 2019 new edition managed to split the watch enthusiasts tastes in half. I thoroughly loved reading short sharp abuse aimed towards a mere watch from people who had probably not actually worn or seen it in person.

My opinion was then, and still is, that TUDOR were never bothered by it, but more embraced it for its arrival making a huge point. That point could be this: if you want to design a watch that looks and performs like all its competitors, then don’t bother. For the design is part and parcel of the words given in the image below. Tudor’s motto…

BORN TO DARE
THE HISTORY OF P01 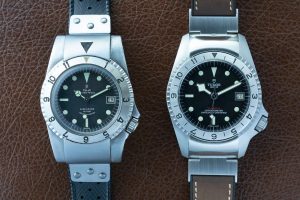 Before we delve into the history of the P01 it is important to remember the time it lived in. Aviation was having a golden period in the 1950’s and 60’s. Chuck Yeager had already broken the sound barrier in the Bell X1 Experimental supersonic jets. These were tested by pilots like Pete Best, in his Bell X 2, Scott Crossfield first man to fly twice the speed of sound in his X15 , Neil Armstrong pre-Apollo 11 in the X15 too. Space programs such as Mercury, Gemini and Apollo were developing new technology continuously over a 10 year period. It will come as no surprise that Tudor were pushing barriers to provide technical watches to the Navy and Air force.

Tudor, who had been supplying the US Navy with divers’ watches since the late 1950s, began development of a new watch in 1957 needed to meet a set of specifications required by the American government and incorporated the results of the latest research carried out by the brand’s engineers. This resulted in the production of prototypes, as well as a patent for a hitherto unseen function. The ambitious project, which carried the code name “Commando”, never came to fruition. In 2019, the TUDOR Black Bay P01 model – which stands for prototype 1 – is inspired by a prototype developed as part of this study and kept in the brand’s archives, only to have its unique aesthetic brought to life 50 years later. The Black Bay P01 reflects the exploratory nature of the project, a cross between a divers’ watch and a sailing watch.

I immediately took to Tudors idea to incorporate a safety locking system on the bezel to be used for diving. Bi-directional bezels were always a worry for drivers, with the possibility of the bezel moving unknowingly giving inaccurate depth time underwater.

TUDOR describe it in much more detail like this ;

The hinged end-link system on the original prototype was the subject of a patent in 1968, which covered a locking and dismantling system for the bezel to aid maintenance of the watch. The Black Bay P01 model borrows from this mechanism, providing a stop system for the bidirectional rotating bezel via a mobile end-link at 12 o’clock.

Very clever, and surprising too that it took 51 years to finally bring to the market a smart original watch. Nevertheless the P01 now is a greatly improved model from the original. It boasts a high grade In House automatic chronometer movement; MT561 with a chronometer rating of +4/-2 seconds per day. I wore my P01 on holiday over a 2 week period and the timekeeping was actually zero tolerance. Superb because we know this can only be guaranteed up to the COSC certification.

The good news for all you more technical minded watch lovers on a quest for precision TUDOR offer as only TUDOR can say: An openwork rotor is satin-brushed with sand-blasted details, and its bridges and plate have alternating polished sand-blasted surfaces and laser decorations. Its build has been designed to ensure robustness, longevity and reliability, as has its variable inertia balance, which is maintained by a sturdy traversing bridge fixed in two-points. Thanks to these qualities, together with its non-magnetic silicon balance spring, and 70-hour power reserve.
Put in my own words, “It’s one that any skilled watchmaker would love to strip down, and caress the movement”

So what about the controversial hybrid strap? My thoughts on that after reading the numerous comments were -People were expecting a bracelet, and TUDOR took their ‘Born to Dare’ vision and said no. Having owned one for several months the P01 is big, and putting a steel heavy bracelet on it would do three things.

With the hybrid high quality comfortable rubber and leather strap it was a pleasure to wear. It will always be about the detail with TUDOR. That is why their famous snowflake logo is etched into the back of the strap which was done to celebrate 50 years of the iconic snowflake hands.

I shouldn’t get too excited about a strap but there are the mobile satin-brushed steel attachments that connect the strap to the watch case with precision. It is this sort of detail that for the amazing price of £2,990 I begin to suspect we get some of the detail for free? 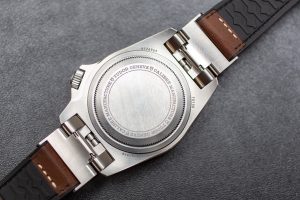 And now we have the TUDOR case material.

The straight angled photo shot gives a precise definition of the beautiful brushed finished case. The clarity and sharpness is quite superb. Every single feature such as the Snow flake hand, the simple black numerals on the bezel, the 4 o’clock position of the crown and that simple line of red writing on the dial does not fail. 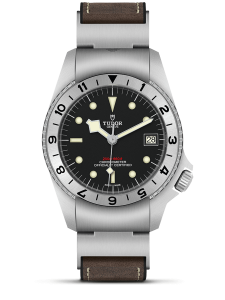 Finally…If you don’t see many around, then this is a good sign of future investment in my 40 years of horology experience. 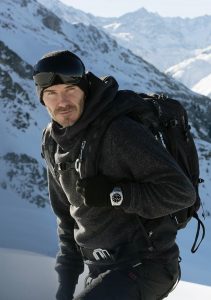