It’s the early 1970’s, you are a saturation diver. it is a very well paid job, mostly because it is incredibly dangerous. your mission is to spend prolonged periods deep down in the ocean, deeper and for longer each time you go. Almost certainly a physically strong person because of the pressures put on your body whilst doing your job. If you need to get to the surface, it is going to take days, no matter what the circumstances or reasoning. This is because of the need for decompression. ascending to fast to the surface will create an onset of the bends, likely fatal. Timing is everything; you spend the day out making repairs or doing research on the ocean floor and when your done, go back into a metal container. The watch on your wrist right now is the Rolex Sea-Dweller,  and you are the, very niche, target market. 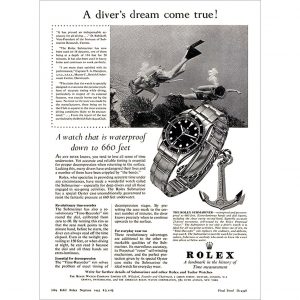 People have wanted to go as deep as possible since the 1960’s, Piccard and Walsh dived to 37,800 ft accompanied by a custom-made to order Rolex Deepsea Special which was strapped to the outside of the submersible. it worked well and survived the challenge. 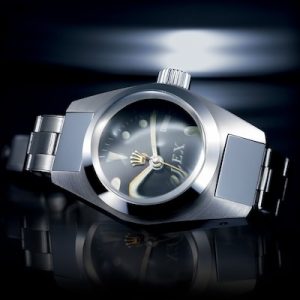 If however, you were a diver before 1967 tasked with diving anything over 200m, you had a problem. At this time, later and now, you would be using a mix of air to breath at such great depths. This mix includes helium. Helium particles are smaller than oxygen, to the point that they are able to penetrate the watch through seals that are water, dust and oxygen proof. this has no detrimental effect on the watch whilst down in the deep however upon resurfacing the helium particles retard, and will find any way to escape the watch. The easiest way out of the watch until much later was the glass, as it was made of plastic or plexi. Essentially, the watch itself was experiencing decompression sickness. Rolex were tasked again to find a solution and of course they succeeded.

1967 saw the release of the Rolex Sea-Dweller, model number 1665. If you were lucky enough to own or wear this watch, you did so for good reason. This watch oozes coolness and nothing says Rock & Roll like having a profession that is among one of the most dangerous on Earth!  This watch was capable of going to depths of 500m, more than double it’s Submariner counterpart at the time. It also featured a brand new part, patented by Rolex specifically for this watch; the Helium escape valve. 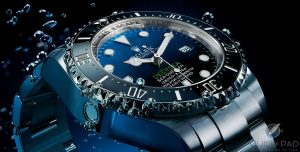 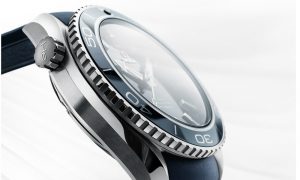 This was a very simple chamber style device that allowed the helium to escape safely, without compromising the waterproofness of the watch. This escape was always done in dry compression chambers, contrary to common thought which was that it was done in water, I think mostly due to a marketing image by Rolex showing some bubbles being released from a watch which was indeed under water. There are many helium gas escape valves fitted to watches today, diving to over 500m or greater is very rare, not many people do it however, diving watches on the market for this feat are plentiful from many manufacturers. The difference with this one, is that it is automatic. Others, for example the Omega Seamaster/ Planet Ocean, have a second winding crown to release the helium. this is something else to worry about in what I am sure is quite a stressful and focused time as well as being another part that is subject to wear and tear, knocks and bangs and potentially failing resulting in water ingress way before you are decompressing. Automatic Helium Escape Valves can be found only on 3 watches today; of course the Rolex Sea-Dweller, the Rolex DeepSea and the Tudor Pelagos. 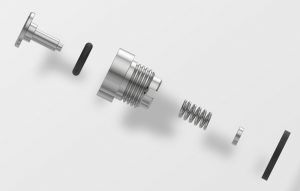 This watch epitomized the tool watch category and had functionality in plenty. Over the years to come, other model references were released. Notably some of the rarest ones are the single and double red Sea-Dwellers, featuring red writing on the dial or even more so, the COMEX submariners which indeed had helium escape valves fitted at the time.

By 1978 the latest Sea-Dweller was unveiled to be capable of diving to 4000ft/1200m, this was a huge feat. The watch at this time was fairly commercial and sold well, although shadowed in numbers by its more popular sibling the Submariner. If you were the person buying the Sea-Dweller and not the Submariner, this certainly said something about you.

in 2014 the Sea-Dweller was released again with the model reference 116600, this was true to the original 40mm case but had all the appropriate updates; solid link bracelet, ceramic bezel and the latest movement of the time. This watch was only around for a couple of years and numbers were small. I do think if you were lucky enough to get one of these, it is one of the future classic and rare references of recent years. 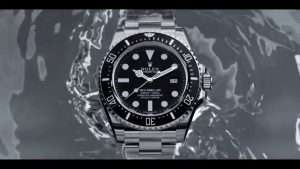 That said, in 2017 Rolex unveiled the latest iteration of Sea-Dweller celebrating the 50th birthday of the model. It shocked and awed due to the brilliant red writing, true to the original and due to the controversial case size of 43mm and the fact it had a cyclops on the date. Famously, the Sea-Dweller had a date function but never had the cyclops magnification. In my opinion, the 43mm case fits much better into the Rolex line up and today’s market than another 40mm where the choice is far and wide. The Sea-Dweller has always been about functionality and previously it was simply not possible for the watch to have a cyclops due to the glass manufacture, It was now possible and it added functionality so it made sense. If you too were lucky enough to pick one of these fantastic watches on the year of release (there cannot be many) you will have what has been since called the MK1 dial. The Sea-Dweller 126600 was one of the very first professional models to receive the new Calibre 3235 movement which boasted a 70h power reserve and increased efficiency. Other models that had this upgrade showcased a new dial design, depicting a crown between SWISS and MADE at the very bottom of the dial at 6 o’clock. The Sea Dweller had the new movement, but no crown – this was the MK1 dial. 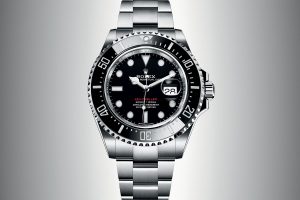 Last year, we witnessed an entirely new development of Sea-Dweller, this time in Rolesor; the marriage of Oystersteel and 18ct Gold. The Sea-Dweller had always been made exclusively in steel so this too was controversial however I feel that this was again a good move. The market is incredibly strong for gold and Rolesor models and at this case size, there is no offering from Rolex. 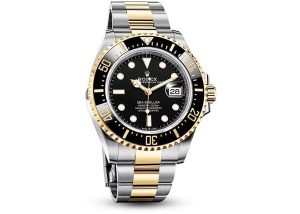 It carries the size very well, and the little details such as the minute graduations the whole way around the bezel and the gold writing on the dial that says ‘SEA-DWELLER’ express this is a watch that puts itself apart from the crowd. Besides, what is more rock & roll than putting on a steel and gold watch, jumping in the open water and going as deep as 4000ft, which is as deep as Jacques Cousteau went in 1965 in the DEEPSTAR 4000! 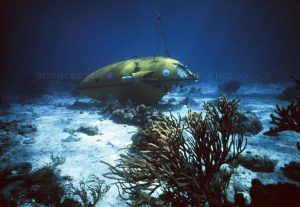 Beyond this, who is going diving these days? Saturation divers are still working very hard and at very little difference in danger. They do use diving computers but I can tell you first hand that many will still wear a Sea-Dweller on their other wrist too. I have been lucky enough to see them come in for service, which is needed more regularly because of the strain on the watch. Often they have heavy marks, all part of the story they carry and even weld splats sometimes from the structures they have help to make and repair deep down in the ocean. 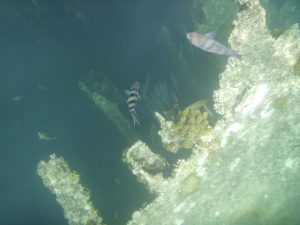 Today, more people want to explore the planet we live on, particularly the ocean. Diving is a past time that appeals to so many people and jetting off to the Caribbean and taking a scuba excursion to see some exotic sea life and possibly a shipwreck or two sounds amazing. The Rolesor Sea-Dweller 126603 would be the perfect companion for such a trip, also suitable for an evening dinner or function, epitomising that ‘one-stop-watch’ that is the most sought after timepiece of today.