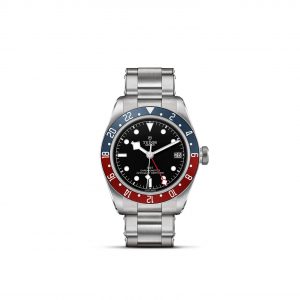 The world has just awoken to a new age of travel. It is now possible to travel from London to the United States of America thanks to Pan Am. Economies were experiencing a boost and many young affluent had a strong desire to travel. Economy domestic flights were expensive but much desired.

This was also a mystical time where organisations such as militaries and exploration professionals could request watch companies to create a timepiece for their specific needs. Pan Am needed a watch fit for travelling the world with them and their pilots and Rolex were tasked with the job.

The watch was created. The Rolex GMT Master, model 6542. There is loads to learn about this game-changing timepiece but all-in-all, it was a super cool tool watch. Originally featuring a Bakelite bezel insert painted half red for daytime hours and blue for night-time hours, you could use this watch to tell two time zones at once. The colour scheme has remained much the same, however the materials have changed; the bezel was changed to anodized aluminium in 1959. If you were the person wearing this watch, you were one of the new elite, travelling the world from one adventure to the next or sat in the cockpit of a machine capable of 1,300 MPH; Concorde. 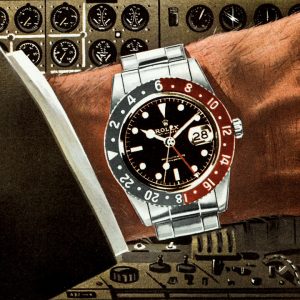 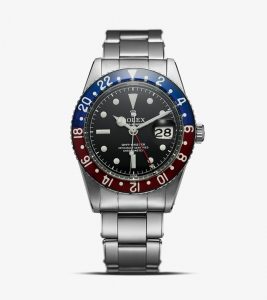 Now, TUDOR had not been making watches for the time-zone traveller at this time, with their tool watch offering focused firmly on formidable diving watches. Today however, one of the very best watches to offer a GMT function is one out of the TUDOR stable. Joining the family in 2018 (in fact mirroring a release from its sibling company) TUDOR released the Black Bay GMT. The black bay range comes in a whole host of flavours, each satisfying the different watch enthusiast’s desires in their own ways. This one was not one called to creation to reminisce on TUDOR model of yesteryear (such as the Black Bay Fifty-Eight also released at the same time) but simply a nod to the enthusiast who like myself romanticised the golden age of flight and travel and beyond all else, the watches that went along with it. 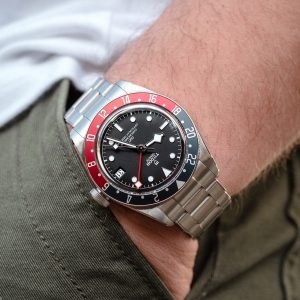 True to the original Rolex 6542, the Black Bay GMT has no crown guards, has bright, strong colours on the bezel and a beautiful domed glass. Coupled with a fantastic movement featuring timekeeping of -2/+4 secs/24H and a 70-hour power reserve this watch absolutely shines through at it’s price point which is only around £3,000.00. Still a substantial amount of money that’s for sure however, for an original 6542, you could spend as much as 300,000 CHF (see Phillips Geneva watch auction 6). 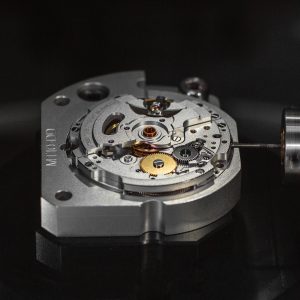 Of course, Rolex still make the Rolex GMT Master, now the GMT Master II thanks to its upgraded independent hour hand function (as shared with the Black Bay GMT) and this is a fantastic watch. It is however a completely different watch, with a much more dressy tool watch feel – incredibly versatile and appeals to lots of people, a model worn by men and women alike; Pussy Galore wore a Rolex 6542 in my all time favourite Bond film Goldfinger. 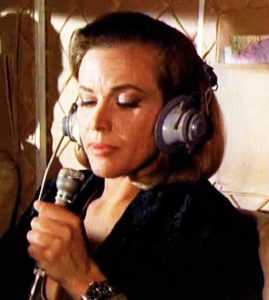 For me, this watch is more than just another Black Bay, it is an homage to a time gone by and an absolute reinterpretation of the original GMT Master with a representation of that Tudor signature design that I love. As a self-confessed watch geek, this to me feels more like a time machine to go back and purchase one of the original iconic watches for what I feel is incredible value. I also cannot wait to spend many years with this watch, eagerly anticipating how the bezel insert will change with time, as the later original aluminium inserts have done. 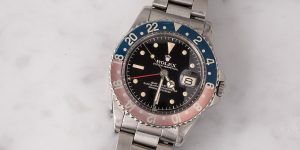 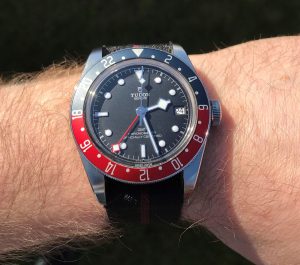 In my opinion, this watch has a place in anyone’s collection, unless of course you do have a spare 1/4 Million pounds (see Southebys important watches auction also)…