My time with the Tudor Pelagos

Over-engineered. A watch that needs to fulfill a plethora of technical and aesthetic feats, all accumulating to one of the most capable and durable watches on the market. 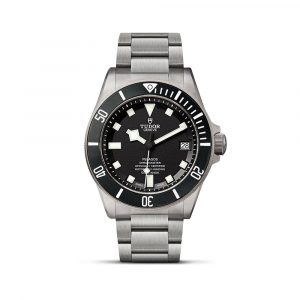 My first interaction with this watch was 2015. The Tudor Pelagos was firmly in the limelight thanks to its incredible achievement of winning “best sports watch” at GPGH. GPGH (Grand Prix Du Horologerie) is in essence the Oscars for watches. Some of the greatest watches of the last two decades have won here through the various categories since the first Grand Prix in 2001. Tudor have picked up multiple awards here over recent years. The Pelagos punched well above its weight but claiming the best sports watch, a category open to watches up to £7,500.00 and won by a watch that at the time cost £3,020.00. 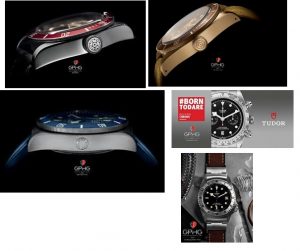 In 2015 the Pelagos was released alongside the north flag, both boasting the Tudor Manufacture movement MT5612. The 70-hour power reserve and -2/+4 second per 24-hour timekeeping was all but unparalleled at this price point and mostly above too. It has a titanium construction, helium escape valve and an entirely patented, ingenious automatic adjusting clasp.

I purchased my Tudor Pelagos as my first luxury watch in 2017, as a wedding present to myself. I felt it offered everything I wanted in a watch, I knew the brand was exciting and moving at a serious pace and it was the choice of watch which was the path less ventured.

Since owning the watch, I can wear it for months on end and still enjoy it thoroughly. The diversity of changing between the bracelet and complimentary rubber strap helps with this and the watch looks so good on both.

I had never worn a watch as big before but being titanium and therefore relatively light-weight you lose any sense of wearing an overly big watch. The dial is highly legible aided by the bright blue luminous which is so bright the watch can be used as a torch! I love that the bezel is also luminous, a feature rarely seen despite the dive watch being such a popular design. 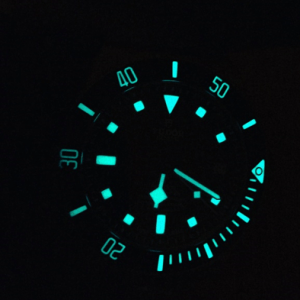 I have taken the watch snorkelling and it goes without saying it was the perfect companion. 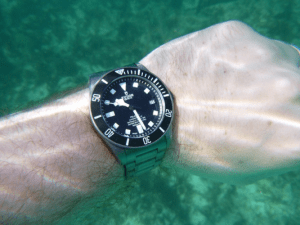 In terms of longevity the watch barely shows any marks because the titanium is so tough, the timekeeping is impeccable and is as wearable as the day I got it thanks to the ceramic beads in the clasp keeping the watch firmly on the wrist.

As many will know I would highly recommend Tudor as one of the best manufacturers in the market at any price and the Pelagos would be up there as one of the best models available. The Tudor Pelagos is a watch that has a place in any collection as a wearable, usable and dependable timepiece but the toughest choice is which variation to go for…